This weekend was mostly rainy but still pretty busy for me.

FRIDAY
The weather was beautiful. I got off work early and went home to go for a run quick before picking up the boys. I ran 2 miles and it sucked but was great. I really don’t love running but always feel good after.

Joe got one of the mini-4 wheelers running so Liam thought he was ready to give that a try. He loved it. Owen chilled with me and ended up just wanting to snuggle outside. 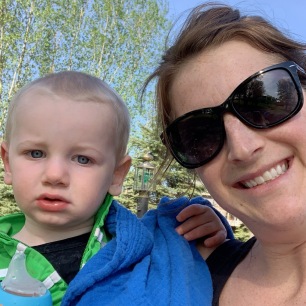 Joe let Liam help with the leaf blower. He loved it so much! 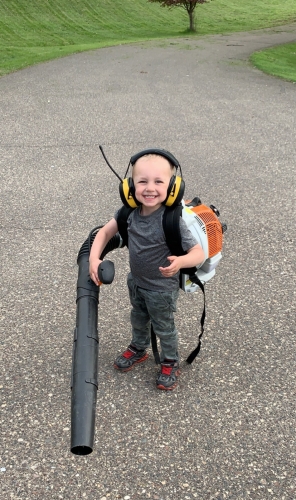 We spent as much time as possible outside before going inside (for the entire weekend). We ordered pizza and had a relaxing evening.

SATURDAY
I had sweat circuit in the morning and got super sweaty. Then hustled home to change my clothes quick and head to Molly’s for an essential oil party.

I got to hang with little miss Ruthie during the party and it was great! She is so cute!

Then it was back home to shower and get ready for the next event of the day. The boys were napping so it gave me plenty of time to get ready.

Then I was off to Katrina and Seth’s gender reveal. The boys were still napping so Joe stayed home with them until they woke up and then met me at the party. 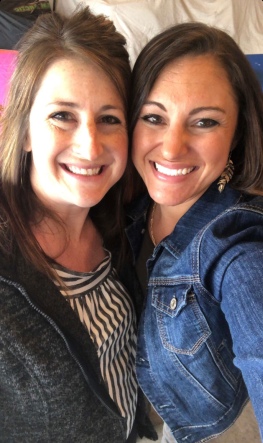 Owen and Liam enjoyed some cupcakes when they arrived. And we all discovered IT’S A GIRL! I can’t wait to meet her. 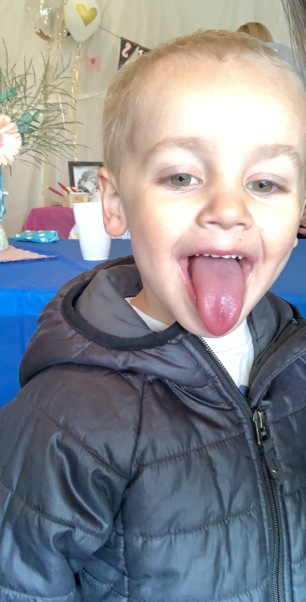 After the party Joe took Liam to go see his mom’s new pontoon and I took Owen home. We both were so cold from being outside.

When Liam and Joe got home we all just played and hung out until bed time. The boys went to bed and we watched some Netflix.

SUNDAY
Both boys slept in a little more than usual. Then we were off to church for the morning.

After church the boys went to nap and I was off to another oil party.

I made it home just after the boys woke up from nap. We played some play-doh and had some fun before dinner.

We had a pretty lazy rest of the day since it was so cold and rainy out.

The boys both had baths before going to bed. I also took a bath because my body was just so sore. Then Joe and I went to bed as well.

We had a great weekend despite the weather! Hope you did too and have a great week ahead.

One thought on “Rainy weekend full of fun!”